Why Do Pianos Have 88 Keys? 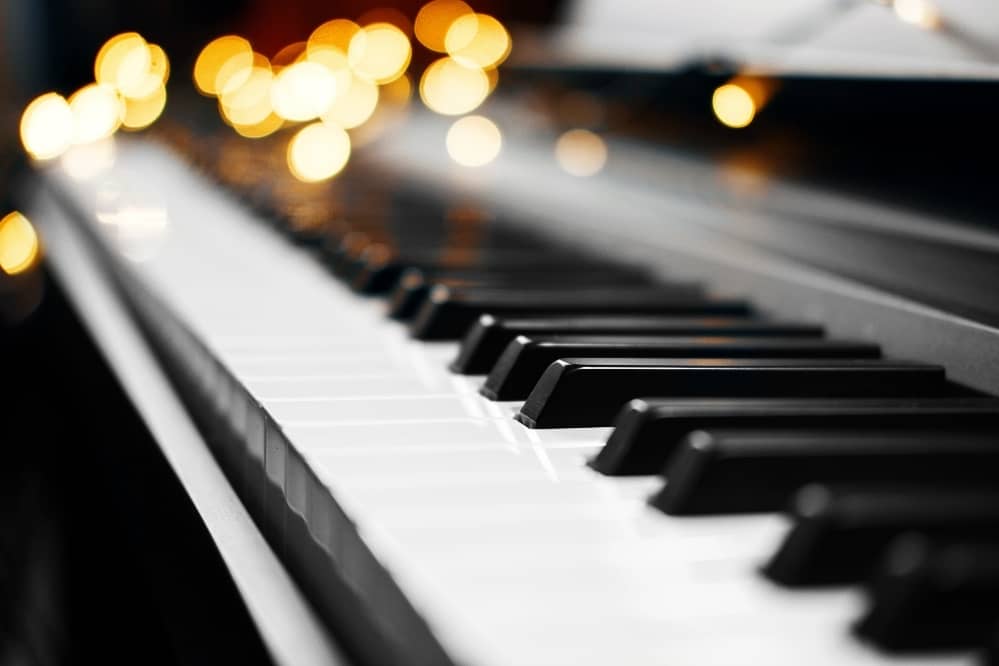 The piano is a unique and beautiful instrument that contains a lot of parts to it. One of those is its keys. If you have never noticed, a piano has 88 keys. This has been the case since the 1880s, when Steinway first released their line of pianos and continues to be the standard to this day. This might seem like a random number, but there is a specific reason for why and it all boils down to the history of the piano and how this instrument came to be in the first place.

Why Did Piano Manufacturers Stop at 88 Keys?

Although it is not entirely impossible to find a piano with more than 88 keys, 88 is simply the standard, as mentioned earlier. One of the main reasons why a piano has 88 keys is because if a piano begins to produce notes that are lower than the lowest A on the keyboard, the tone becomes too low, making it hard to recognize. There is just no use for having anything below a low A.

Another more obvious reason for why most pianos stop at 88 keys is because of the fact that the piano would have to be made that much longer. A standard concert grand is already 9’ at a minimum, while others can be much bigger. Anything larger than this would make it extremely inconvenient to play the piano. Not only would people have a hard time fitting these massive instruments into their homes, but they wouldn’t fit on stages either.

Adding more keys to a piano would also mean having to add more strings, which also means more tension and more parts. The more parts you add to the piano, the more expensive it can get. Adding more keys would mean having to pay for more material as well as for the extra labor required to add more keys. Not to mention it would take much longer to complete the making of a piano.

One of the more interesting reasons as to why a piano has 88 keys boils down to the history of the piano. Before the piano was invented, musicians and composers relied on a harpsichord, a 16th century instrument that is very similar to the piano. At the time of its invention, the instrument was incredibly popular. Over time, however, it started to lose its popularity because of its limited 5 octave range. The lack of range meant it couldn’t keep up with more modern sounding music and so the instrument became limited in terms of range.

After the harpsichord, the fortepiano was invented. This resembled a piano even more as it featured a hammer mechanism to strike the strings. Interestingly enough, this new instrument had only 60 keys. There were some differences between the fortepiano and what would eventually become the piano—the lack of pedals. Rather than using pedals, the fortepiano relied on knee stops and knobs instead.

The more music continued to evolve, the greater the demand of the composers got in terms of range. Therefore, the standard of keys ended up going from 60 to 88. The first manufacturer to make this change was Steinway, who initially had an 85-key piano. However, they moved it up to 88 and over time, the rest of the piano manufacturers began to do the same.

Do All Pianos Have 88 Keys?

As mentioned before, not all pianos have 88 keys, rather this is just the standard. The original Steinway model is still around and still has only 85 keys on it. Other, more modern pianos have as many as 108 keys. This is because these extra keys help add an additional one to two octaves in the bass range of the piano or keyboard. These days, more and more advances are being made on pianos, specifically electronic ones.

Although 88 keys is the standard on a piano, you don’t have to learn how to play the piano on one that has 88 keys. In fact, you can learn to play on a piano with less or more keys than that. If you do decide to eventually transition to playing a piano with more keys, making the transition won’t be hard. You’ll simply have to get used to having more range to the left and the right.

The piano certainly has an interesting history, especially when it comes to the amount of keys it has. So why exactly does a piano have 88 keys? Because it was meant to add more range to the instrument back when the harpsichord and fortepiano were the original versions of the piano. These days, keys range from 60 to 100, and you can learn how to play the piano on any of these versions.