How to Play Piano by Ear for Beginners: A Quick Guide 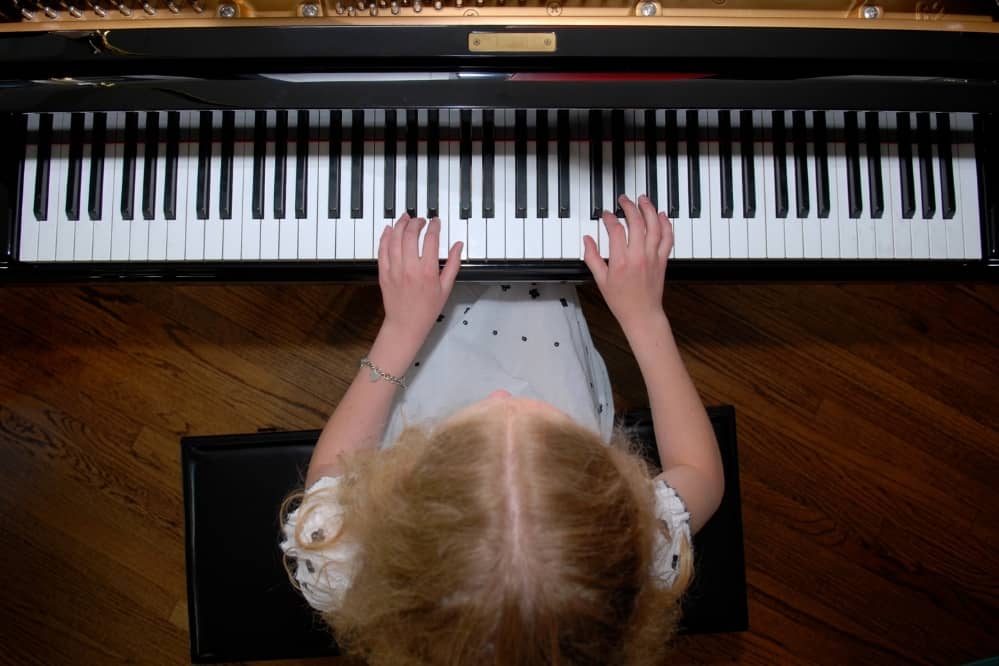 Playing the piano by ear is a gift that some people are born with, but if you’re not one of those people, don’t worry. The truth is that many people can be taught how to play by ear; while the techniques listed below are made specifically for kids, adults can also take advantage of them to learn this skill. Playing the piano is a skill that can be developed over time with practice, but if you learn a few tips and suggestions first, it can make the process so much easier.

Get a printout of the song and highlight all of the notes that are played so that you know where to start. By this, we don’t mean sheet music. We mean a picture of a piano that you can highlight the keys on with a highlighter. You’ll need this during the second step of this process. So, if you’re ready to learn how to play piano by ear, here is the way to get started:

1. Choose a Song That’s Familiar to You

For the first step, you have to choose a song that you are familiar with and one that is simple to sing and play. After all, there’s a reason why music teachers start with simple songs when teaching their students how to sing or play an instrument. If you choose a very simple and basic song, the rest of the steps will be easier as well. Try something such as Twinkle, Twinkle Little Star so that you won’t have a complicated song to learn. And one more thing: make sure you can sing the song before you try to play it, regardless of how it sounds!

2. Look at the Starting Note

Look at both the starting note on the picture and the full range of notes used in the song. Get a little familiar with them. You don’t have to memorize them just yet, but look at them so that you’ll know which notes you’re supposed to be playing to make the song come out right. No, this isn’t cheating. It’s a great way to start when you’re trying to learn a song. It’s much more difficult if you think that you have to figure out what the notes to the song are, and you have to find those notes while looking at all 88 keys. You have to start somewhere, so only take a look at the keys that will be played in the song you’re working with for right now.

3. Look for the First Three to Four Notes

Try to put the picture of the piano aside and start playing the song. If you get stuck, just think about whether the next note is higher or lower so you can figure it out for yourself. You’re not going to play every note perfectly the first time and you will certainly make mistakes. But learning how to play piano by ear takes a little time, so keep playing around with the notes until you get it right. Try to sing along as you play because this will help you anticipate what the next note will be. It takes different people different amounts of time to complete the song, but you will eventually get it right.

And that’s it! From this point on, you’ll be more familiar with the notes and you can move onto the next song. Try and stick with easy songs in the beginning because harder songs are more difficult to learn and may make you frustrated. Learn a handful of simple songs; the main purpose of this is to familiarize yourself with the notes on the piano. This way, your ear is being trained and you’ll eventually know how the notes sound the next time you want to play a song. When you highlight the notes on the picture, make sure that every note in the song is highlighted so you can use this as a reference point if you get stuck and need to figure out what the next note is.

And if you’re curious about other songs that are perfect for beginners because they are so easy to play, here are a few suggestions:

You can find lots more of these songs, of course, but these are great songs that you can start out with when you’re interested in playing the piano by ear.

These simple steps are easy for everyone, not just people who naturally have a “good ear” for music. Just as with anything else, playing by ear is a skill that you don’t have to be born with to master. In fact, almost anyone can learn to play by ear. It just takes some practice learning how the notes sound because once you do that, you’ll quickly learn that most songs out there stay in the same general octave. This in turn means that finding and learning which notes to play is a lot easier than most people think.