What Order Should You Learn to Play Piano Scales? 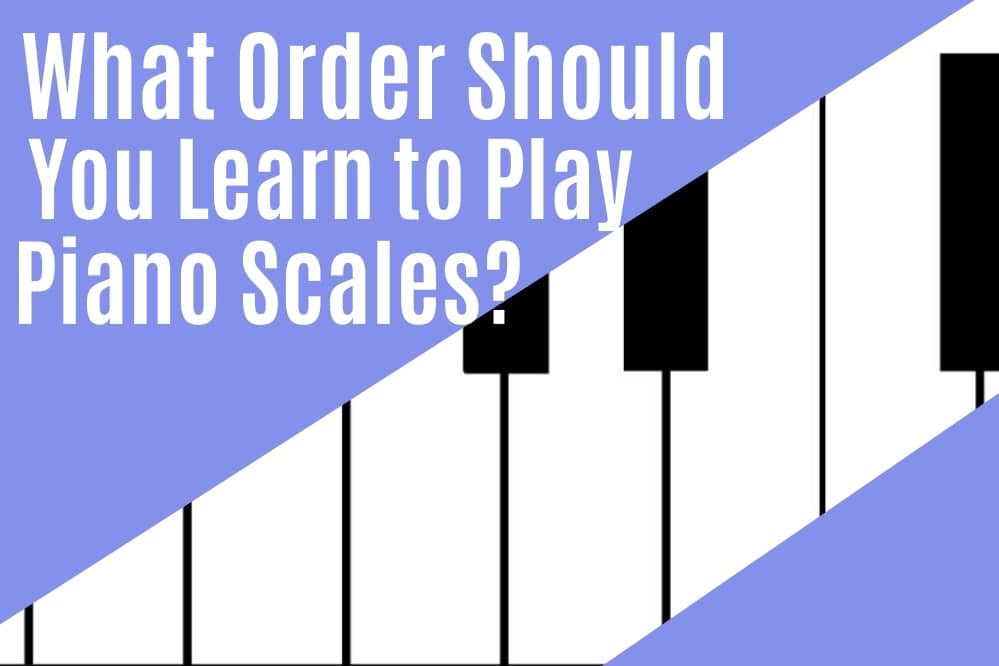 When it comes to learning how to play the piano, there are several things a beginner is going to have to learn. One of the first things you will learn about is scales.

Most piano teachers will show you how to play the major scales first, and then you’ll move on to the natural minor scales, harmonic minor scales, and melodic minor scales. Then, after you have mastered these scales, you will move onto the chromatic, blues, pentatonic, and whole tone scales. But, let’s not get ahead of ourselves.

First you have to learn what a scale is, and the order in which you should learn the scales, and that is what we are going to discuss today.

What is a Musical Scale?

To put it simply, a scale is a series of musical notes that are played in order of pitch or frequency. Most musical pieces are made up of scales. In fact, the scales are often the backbone of the music, and provide the harmony and melody. A typical scale will span eight keys or notes, and this is known as an octave.

How to Play a C Major Scale?

There are 12 major scales, and upwards of 36 minor scales. Most piano teachers will start students off by learning the C major scale, played on the right hand at first. This is considered to be the easiest scale, and best for beginners.

The next note, F, is played by crossing your thumb under the third finger and hitting the note. Then, you can finish the scale with G, A, B, and C, with the final note being played with your pinky finger.

Now that you have learned how to play a C Major scale with both hands, it is time to start learning the rest of the scales. There is generally an order to learning scales, obviously with the easiest ones being learned first. It is very important to keep practicing, and to learn all of the major scales first before moving on to the minor scales. It is a good idea to start out slowly, and only learn one scale per week in order to keep from getting confused. Practice each scale slowly, and work on building up speed only after you have mastered the fingering.

The major scales you will learn are:

These are the most important scales you will learn in the beginning, and it will take many hours of practice to be able to play them simultaneously with both hands and make it sound good. But, the more you practice, the more you will learn, and you will develop muscle memory, so in time your hands will be playing the notes and you won’t even have to think about it.

Once you have mastered the major scales, it is time to move on to the minor scales. There are 12 natural minor scales that you will need to learn.

It may seem like there is a lot of things to learn before you can start playing your favorite songs, but if you really want to learn how to play the piano properly, it is imperative that you learn how to play scales. Most piano teachers will show you the scales in the orders that are shown in this article.