What is a sus chord piano? 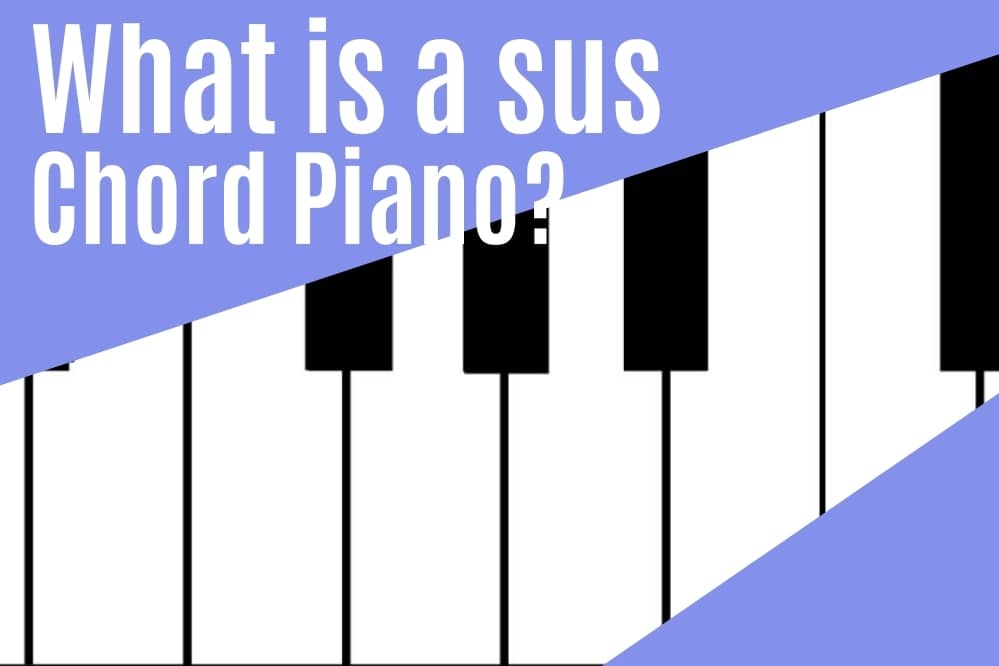 Sus chords are three note chords. They are made up of first note, either second or fourth note and fifth note of a scale. Sus is a short form of word suspended.

There are two types of sus chords: sus2 (suspended second) and sus4 (suspended fourth). If you saw sus chords without any number attached then it means sus4 chords. This is due to more common use and popularity of sus4 chords.

How to construct suspended chord?

We will use C major scale to illustrate how we can change major chords to sus chords and construct them.

All major chords are made up of first note, third note and fifth note of a scale.

To change C major chord to Csus4, we replace E (major 3rd) with F (perfect 4th). In sus4 chords, middle note is raised by half step.

To construct sus chords, you can use the formula below.

Let’s use G major scale this time to construct Gsus2 and Gsus4 chords.