What are the Keys on the Piano Keyboard? 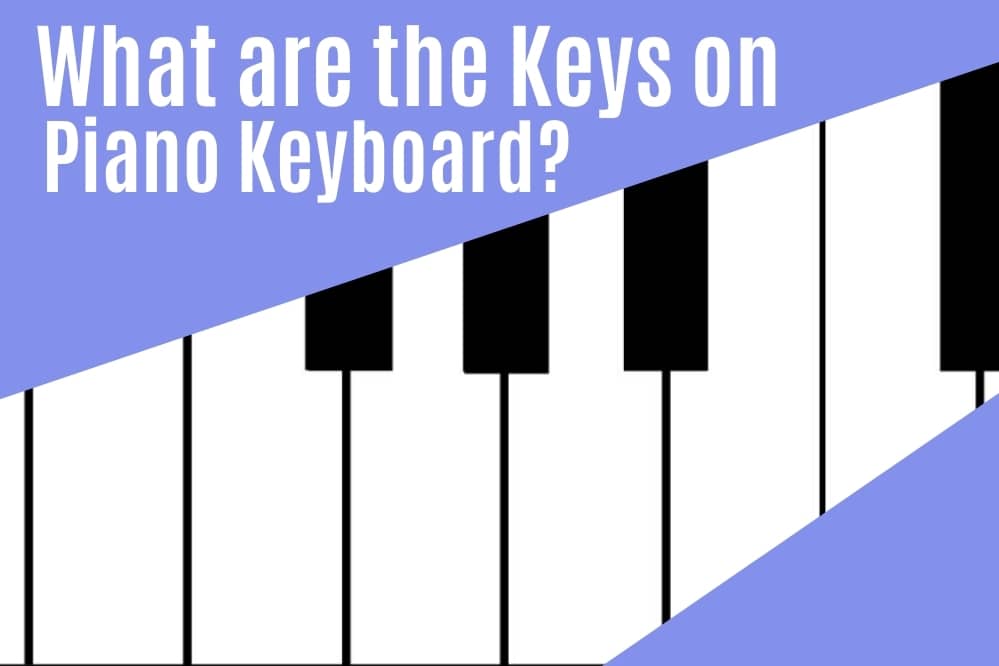 The Number of Keys

Most modern piano keyboards come with a total of 88 keys. Fifty-two of these keys are the white keys, and the other 36 are the black keys. Keep in mind that both regular acoustic pianos and electric keyboards should always come with this 88 key setup.

Now you know what the basic setup of a piano keyboard is, but what notes do these keys represent and how do you identify them? The white keys represent the 7 normal notes on the musical scale, A, B, C, D, E, F, and G.

On the other hand, the black keys represent either sharp or flat notes. As mentioned above, you will notice that within those 7 notes on the musical scale, the 7 white keys in each octave, there are 5 black keys. What is interesting to note is that each black key actually has 2 names or notes attributed to it.

This means that on a standard 88 key piano keyboard, there are 7 octaves. Keep in mind that some newer keyboards, especially electronic ones, may have only 44 or 49 keys, which means having fewer octaves (electric keyboards are often smaller and therefore have fewer notes). Keep in mind that the name for the octave right in the middle of the piano is known as “middle C.”

Interpreting Notation and Understanding the Staff

Knowing how to read the staff will bring you one step closer to both learning all of the notes on the keyboard, as well as being able to read sheet music.

Learning the notes on a piano keyboard may take some time, but it is not overly hard. In theory, there are only 7 notes, each with their respective flats and sharps, just in increasing octaves from left to right.