Do I Need to Be Able to Read Music Before Taking Piano Lessons? 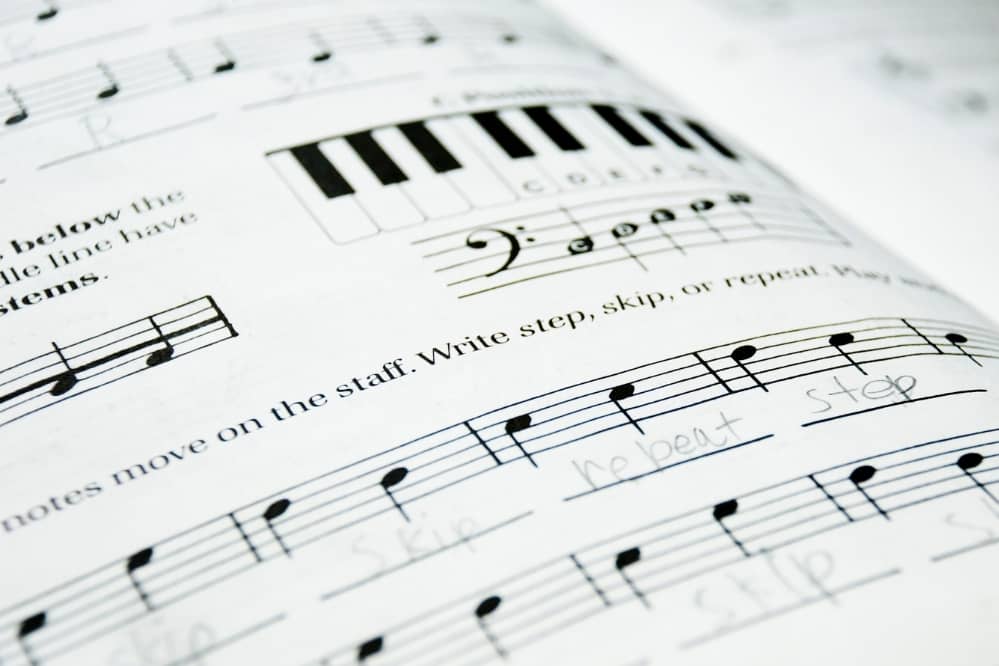 Because the piano is such a big and complex instrument, it’s no wonder that so many people ask the following question: Do I need to be able to read music before taking piano lessons?

While it’s true that reading music may constitute an advantage early on, there’s a lot of music theory involved in playing piano the right way. This is just a small aspect, one that’s not all that necessary if you’re a complete beginner. Here’s why.

There’s a lot to know in terms of music theory if you want to be an accomplished musician. But music theory has so many facets that you don’t need a wealth of knowledge to get started, or even to be a professional musician.

Some of the most basic aspects include the following:

After learning these four basic things, you should be able to at least know your way around an instrument, follow sheet music or tablature, and learn your favorite songs. At least ones that don’t require advanced techniques to play.

But the real question is, do you need any of this in order to play piano? Not really.

There are two types of people that get into music by playing an instrument. Those properly taught or classically taught, and those who learn to play mechanically.

Playing an instrument mechanically means that you don’t actually bother with learning anything else but notes and the position of the notes on your instrument. In the case of the piano, you learn all the notes and the corresponding keys.

Then, instead of reading sheet music and following your melodic line like concert pianists, you instead use tablature, which use the numbering system to indicate which keys to press. In some cases, you may not even need to learn the notes associated with the keys you press.

But there will come a time when doing this will show your limitations. Developing finger dexterity won’t be enough in order to play complex pieces. You’ll eventually need to transition into more complex techniques and learn the nuances of playing piano.

This, unfortunately, is where music theory becomes very important.

Basic rhythm, notation, and time signatures are things you can learn on your own as you practice playing piano. You can pick them up during your first piano lessons without needing prior knowledge.

Keep in mind that most kids who take piano lessons also learn these things gradually. But if you want to learn to play more complex pieces, there are other things you’ll have to know that are rooted in music theory.

Things such as chord progression, scales, chord structure, the differences between minor and major keys, rhythmic patterns, etc. These sound intimidating, and they really are at first. But once you understand them, you’ll also understand how to play.

You see, playing the piano isn’t just about hitting the right keys. It’s also about playing chords and hitting multiple keys at the same time. Some keys you’ll have to press harder and others softer. In some cases, you’ll have to use the sustain pedal.

But you won’t be able to learn how and when to do these things without learning more music theory. The more complex notions of music theory will explain and indicate how certain notes and chords should be played.

It will also teach you how to improvise over certain chord progressions. This will allow you to compose your own material while also giving you an out when you forget certain notes during a song.

If you know the key and the chord progression, you’ll be able to visualize the piano better and have a pretty good idea of what note comes next. Consider this a way of enhancing your memory.

You may still be asking yourself if you need to be able to read music. Before taking piano lessons, the only thing you should really concern yourself with is finding a reputable piano teacher.

If you think about it, so many people started playing piano at a very young age. You wouldn’t expect a five-year-old kid to learn music theory before learning to play Twinkle, Twinkle, Little Star and the Major C scale.

So if you don’t know how to read music, this shouldn’t stop you from pursuing the piano, at any age. You’ll learn to do this as you progress. But the first lessons aren’t about reading music. They’re about finding your way around the keys and learning about the basic notes and how to read them.

If You’re Consistent Everything Will Fall Into Place

There’s no need to be too stressed about learning a new instrument, or your first instrument for that matter. When it comes to piano, it’s best to take it slow because there’s a lot to learn and to become accustomed to.

If you find a good teacher, you’ll be able to learn to play and read music at the same time. No one expects you to be knowledgeable about music just because you want to take piano lessons. That’s why beginner lessons are structured the way they are by most teachers.