How to Learn Piano Without Owning One? 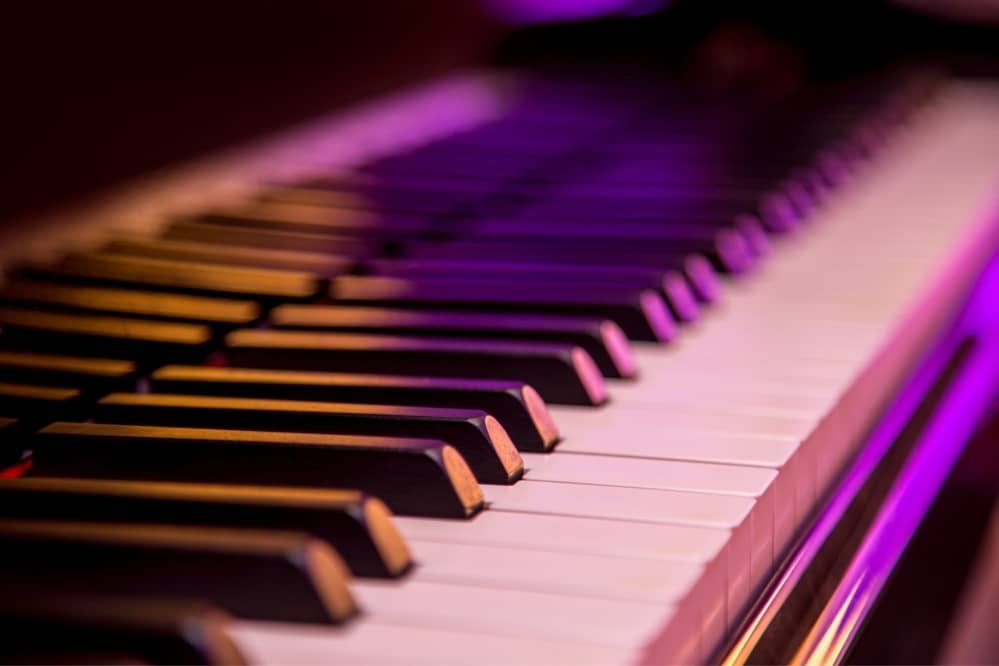 The most common way to learn piano without a piano is with an electric keyboard. Electric keyboards are miniature versions of pianos. They’re largely composed of plastic, and the inside contains an interface and wires. When you strike one of the plastic keys, the note is translated into sound waves and projected out through the speakers of the keyboard.

Electronic keyboards are often the choice of traveling musicians. It’s extremely difficult to transport a traditional piano, and unless you’re a major star with a large crew to transport the piano, it isn’t worth the struggle and financial strain. Checkout 7 practical tips to practicing piano when traveling.

While difficult, you can learn piano without a piano; you can do it with just your fingers. The workings of your fingers and arms as a whole is integral to playing the piano, and the correct form is something that you should learn well before you take your hands to a classic piano.

To begin, rest your fingertips on a flat surface. Then, tap each finger one at a time. Start with thumb and end with your pinky. Then tap each finger on the surface five times each. You may notice your ring and pinky finger are harder to control, and that’s because the average person doesn’t use these two fingers as often as the others. Whenever possible, practice tapping your weakest fingers until you gain the strength to accurately strike a key.

As you become more dexterous, you can begin learning the piano. If you are a visual learner, you can watch videos of musicians playing the piano and memorize how they move their fingers along the keyboard. Move your fingers in sync with the musician. Repeat this process until you can replicate the finger movements. Now you know how to play a song on the piano without ever touching a piano.

If you want to learn how to play piano without a piano, the answer lies in your smartphone. There are many applications available that can turn your smartphone or tablet into a piano. Keys are projected onto the screen and, utilizing the touch screen on the device, you tap the keys to produce a sound.

While these apps aren’t as realistic as striking a key on a traditional piano, it is nice that you can harness the knowledge of a piano teacher whenever you want, wherever you are. Not only can you play the piano on your phone, but you can learn how to play thousands of songs. The application will make you play the parts you fumbled through until you get them right, much as an in-person piano teacher would.

Some apps even play a video of a piano player playing the same composition as you play. You can watch their movements and mimic them. Watching the musician play will also take your eyes off the keys, furthering your hand-eye coordination.

Virtual pianos use computer keyboard to teach you how to play the piano. They work by mapping out a QWERTY keyboard to correlate with different notes.

Letters and numbers correspond with different keys, and as you strike the keys on your computer’s keyboard, sound is produced and played through your speaker’s computer. The impressive part of virtual pianos is that the sound produced is much the same as an acoustic piano makes. This helps the novice player accurately remember how compositions are supposed to sound when played on a traditional piano.

Virtual keyboards are great for learning the piano as they simulate all 88 of an acoustic piano’s keys. Electronic keyboards and phone applications often have a limited number of keys. Some programs also provide lessons as well, but you can also learn on your own.

Printable keyboards are often used in children’s piano classes, but they can also help you practice piano without a piano. You can find these templates online, or you can even make your own. With some paper or cardboard, a marker, and a ruler, you can map out a keyboard.

The only downside to using a paper keyboard is that no sound will be produced when you strike the keys. To combat this, you can play the composition on your phone or computer while you’re playing on your DIY piano.